The practice review into the death of 18-month-old Elsie Scully-Hicks found that an overly positive view of adopters meant health and social care professionals missed opportunities to prevent her murder and concluded that professionals failed to connect separate incidents of injuries. The Cardiff and Vale of Glamorgan Regional Safeguarding Children’s Board’s review found that the emerging pattern of injuries inflicted on Elsie by one of her adoptive fathers were missed because professionals saw the adoption as highly successful. The report states that as professionals involved with the child viewed the adoptive placement as being very successful; the events in the child’s life were viewed through a ‘positive lens’ and ‘the injuries that the child sustained were never considered as anything other than childhood accidents’.

November 2015- Elsie is taken to a GP because she can’t bear weight on her right leg. An x-ray finds a fracture, consistent with the parent’s explanation for the injury, but a second fracture is not identified which would have raised child protection concerns.

March 2016- a 999 call is made by Matthew Scully-Hicks (Elsie’s primary carer) reporting that she has fallen down the stairs because of an unlocked stair gate. The hospital finds superficial bruises and discharges her the same day. There is a three-week delay in the child’s social worker and adoption social worker sharing this information and the primary parent’s explanation for the accident is accepted.

May 12th 2016- Elsie is formally adopted by Matthew Scully-Hicks and his husband.

May 25th 2016- emergency services are again called after Elsie was reported as unconscious. Elsie’s adoptive sibling is present when the call to emergency services is made. Matthew Scully-Hicks gives different explanations to health professionals about what has happened. On examination, Elsie is found to have a full thickness fracture of the skull, fractures to three posterior ribs, hypoxic ischaemic encephalopathy, brain injury including subdural haematoma, and retinal haemorrhaging.

May 29th 2016- Elsie dies in hospital. The post-mortem indicates that the head injuries that killed her were non-accidental.

November 2017- despite insisting he had never harmed Elsie, Matthew Scully-Hicks is convicted of her murder and sentenced to a minimum of 18 years in prison (less credit for tagged curfew) with release from custody at that time to be determined by a Parole Board. If released this will be subject to licence for the rest of his life.

In her sentencing remarks*, Mrs Justice Nicola Davies DBE states that “the injuries were sustained when you (Matthew Scully-Hicks) gripped Elsie around the chest, your fingers were on her back exerting pressure which fractured her ribs. Having gripped Elsie, you shook her with such force as to cause further injuries. The fracture to the skull was caused by an impact with a hard surface”.

Whilst the practice review found that the adoption process the couple underwent to be robust and comprehensive, in response to the incident the Vale of Glamorgan Council has introduced new procedures including: 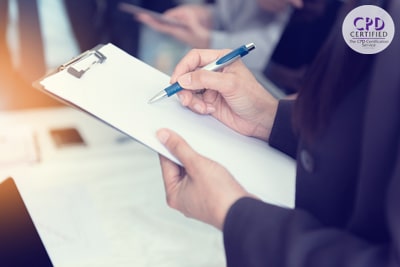