Following recent criticism in the handling of child missing cases and aspects of the serial killer Stephen Port investigation, today has seen further pressure on police forces to improve their child protection arrangements following the damming findings of HM Inspectorate of Constabulary on the London Metropolitan police’s performance in dealing with child sexual abuse.

Inspectors findings revealed that in over 75% of cases reviewed, practice was judged to be inadequate or in need of improvement. Much of the report focused on failings in leadership and management together with a lack of information sharing (internally and externally) however, the most worrying aspect revealed by the report is that staff, including child sexual exploitation officers, had not received any CSE training.

In a statement responding to the findings, the Met reassured the public that officers were “dedicated to protecting vulnerable young people” but, whilst no one would challenge the Met’s commitment to protect vulnerable children, surely high quality CSE training is a key priority to enable best practice.

In response, London Mayor Sadiq Khan has stated the report findings are “simply unacceptable and things must change” and plans to improve the service with “a new independent group of child protection experts”. Whilst this response is welcomed and will no doubt inform improvement, it falls short from addressing the key issue, that of failure to invest in high quality CSE cpd training for Met officers.

As we have seen in education, health and social care settings, without this investment practice will simply not improve and children will remain at risk. 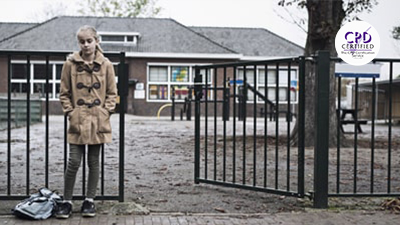