September saw the launch of the £3.6m unit to tackle county lines, criminal activity where gangs / criminal networks from urban areas exploit children to establish Class A (e.g. heroin, crack cocaine) drug dealing networks and sell drugs in rural areas using dedicated mobile phone lines. The county lines model involves modern slavery and exploitation of children, often through the use of extreme violence and intimidation. The National County Lines Coordination Centre consists of a 38-strong multi-agency team of experts from the National Crime Agency (NCA), police forces and regional organised crime units. The new multi-agency team will develop the national intelligence picture of the complexity and scale of the threat of county lines activity, prioritise action against the most serious offenders, and engage with government departments including health, welfare and education. A recent NCA national assessment of county lines suggests that more than 1,000 lines are in operation nationally. In a statement from the Home Office, it was revealed that there are 200 active county lines investigations under way and that the introduction of the new centre will allow police forces to intensify their operations.

Last month the first conviction was secured for child trafficking offences related to county lines under the Modern Slavery Act (2015). 21-year-old Birmingham drug dealer Zakaria Mohammed was jailed for 14 years after admitting running a drug dealing operation and trafficking two 15-year-old boys and a 14-year-old girl. The boys were reported missing from their home in Birmingham and following investigation by West Midlands and Lincolnshire Police were found in Lincoln in a flat where knives and a bundle of cash were discovered. Mohammed had been making regular trips to the flat from Birmingham and a phone used to run the drugs line was found in his car as well as evidence linking him to the missing children. 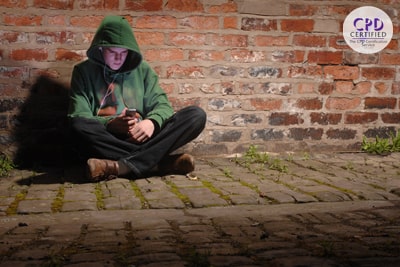