This International Women’s Day (8th March 2017) we’re celebrating a woman’s right to choose and raising awareness of Forced Marriage; an extreme violation of human rights taking place to women and girls in Britain.

The 1,220 possible cases reported in 2015 indicate a downward trend continues, however, authorities say the real number of this ‘hidden’ abuse is to likely be higher. In light of this let’s lift the lid on some of the disturbing facts, warning signs and legal implications related to this form of child abuse, in a bid to demonstrate a greater need for investment in education and training and a more proactive approach to prevent it happening to more girls.

The physical and emotional scars girls experience in a Forced Marriage last a lifetime, and as with all safeguarding issues, prevention is by far the most effective strategy.

A criminal offence in England and Wales since June 2014, forced marriage is the process of using violence, threats, or any other form of coercion to force another into marriage. Often confused with Arranged Marriage, whereby both spouses consent to their marriage, Forced Marriage is a hidden practice and many cases are unreported. Forcing someone to marry can result in a sentence of up to 7 years in prison. The civil law in England and Wales was also strengthened in 2014 by making the breach of a Forced Marriage Protection Order a criminal offence.

Women, men and children are at risk of Forced Marriage regardless of age or background. Research reflects that there is no predisposed group at risk, however often lesbian, gay bisexual or transgender people may be forced into marriage to protect family honour. Also persons with a learning or physical disability are also at risk by being forced into a marriage in order to provide them with a carer.

The motives for Forced Marriage are vast, transcending race, religion, communities and cultures. As the practice is so hidden (almost 80% of incidents reported in 2015 were from professionals, colleagues, friends or family, and only a small proportion from victims themselves), often victims come to the attention of multi-agency professionals in other ways, so it is imperative that all professionals working within statutory agencies are made aware of their responsibilities and obligations when they come across potential or actual Forced Marriage cases. One example is the “one chance” rule. The “one chance” rule highlights the urgent need to offer support on first contact with a potential or actual victim to safeguard them from harm or life threatening scenarios.

Here are just some of the potential indicators of risk:

If a frontline professional suspects or knows someone may or has been taken abroad to be forced into marriage they should contact the Forced Marriage Unit (FMU) as a matter of urgency. For victims taken abroad, HM Government has made a welcomed move this year to support under 18s who get into difficulty abroad, abolishing the requirement for them to pay for, or seek a loan to cover their repatriation. British 16 and 17 year-olds who get into difficulty abroad will no longer have to reimburse the government the costs of their journey home, it has been announced. The department announced it would be reviewing this policy after the Guardian detailed the case of a 17-year-old British girl who arrived at the UK embassy in Islamabad in 2014, seeking help to escape a Forced Marriage. At SSS Learning, we would implore the Foreign Office to cover repatriation of British women of any age who are escaping Forced Marriage.

Victims who have fled a Forced Marriage remain vulnerable. When supporting victims, sharing information and record keeping, multi-agency professionals should be keenly aware of preserving confidentiality and be aware of the lengths families will go to trace the victim. If a family manages to trace a victim, they often subject them to violence and abuse and in some cases resort to murder under the claim of so called Honour Killing.

Information on Forced Marriage is becoming more widely available, however, multi-agency training is vital to ensure that it remains firmly on the safeguarding radar. 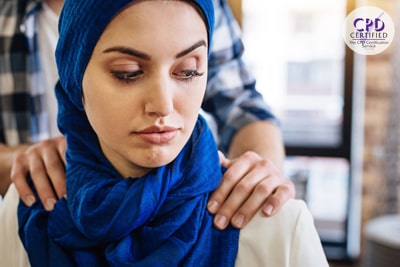