Welcome to the first SSS Learning newsletter of 2022.

As we move on from the challenges faced in 2021 due to the Covid-19 pandemic, the country's return to Plan A and decrease of new confirmed cases in January are positive indicators that the UK is moving to an endemic management phase. Whilst this will undoubtedly present new challenges for us all, I would like to reassure you that we have measures in place to ensure our continuation of full and uninterrupted service provision.

We also have an exciting planned schedule for 2022 featuring new courses to support your CPD needs together with additional system enhancements, which will be released throughout the year. In fact we have already released the first of our new courses; Equality, Diversity and Inclusion in the Workplace . The course is designed to explore this topic to help dispel existing or unconscious biases and set out the standards of best practice. As always, we aim to support best practice, so there are lots of tips and guidance within the course on how to audit provision and embed a respectful culture.

If you have read my latest article, Equality, Diversity & Inclusion- it's everybody's business, I am an advocate of reflective practice. So it's not surprising that here at SSS Learning, we have just completed an audit of our organisation and developed our new Equality, Diversity and Inclusion policy. We have also released a video on our YouTube page where you can hear from our CEO, Jon Case who describes our rationale for doing this and the process we undertook.

Our Level 2 Food Safety and Hygiene course has been extremely well received by schools and academies across the country. Catering within educational settings is considered by the Local Authority and environmental health officers using the same legislation, inspection requirements and food hygiene rating as for any other food business. As such, many schools and academies are now choosing our online training to ensure their catering staff are adequately trained. I hope your catering team will find our article on this topic useful: Top six food safety mistakes made by food businesses.

In light of the current HM Government consultation on Keeping children safe in education (KCSIE), we also plan to release a new course to update governance, senior leaders and staff on all the changes to this key statutory document once finalised. Whilst there will be technical changes involving the restructuring of the existing version, it is likely that we will see some key changes such as:

The consultation is also seeking views on some of the changes to KCSIE enacted in 2021 to determine whether they have worked.

Rest assured, as soon as the KCSIE 2022 changes are finalised by HM Government we will be in production to ensure your update training is available, ready for the next academic year.

I mentioned our YouTube page earlier. There are lots of resources there and we have been busy adding useful 'how to' videos, designed to help you get the most out of using our system. We will be adding further videos over the year so make sure you bookmark our page. As ever, you can follow all our latest news and commentary on our Twitter, Linkedin and Facebook pages.

Watch out for our next e-bulletin for details of our forthcoming courses and system updates.

Finally, on behalf of the team, I would like to thank you for your continued support. Your feedback is truly valuable and we love your suggestions for new courses and system development. Keep them coming!

Best wishes for the new year,

A report from the Independent Inquiry into Child Sexual Abuse reports that authorities are failing to collect data that would help identify paedophiles. The latest report published by the inquiry, which has been running for eight years, describes 'extensive failures' in how child exploitation is being tackled.

This report, the eighteenth report published by the inquiry, examined abuse in St Helens, Tower Hamlets in London, Swansea, Durham, Bristol and Warwickshire and details worrying findings such as:

The inquiry is recommending better training and plans to look into introducing a mandatory reporting duty.

Wellbeing- how are educational staff coping

A new 2022 Wellbeing Report has revealed some worrying trends on how educational staff are coping.

The report, which examined work-life balance and how the challenges of the Covid-19 pandemic have affected teacher confidence, found that 49 per cent of participants said they felt they don't have a voice about how things go at their setting, 67 per cent said their workload was unmanageable and only 38 per cent said they felt confident performing their role.

Last year we released 'Your mental health & wellbeing- 10 top tips for parents'. The tips suggested are really helpful for everyone so, even if you're not a parent, why not check it out.

In England, children aged five to eleven considered to be vulnerable to Covid-19 infection may now access a low-dose version of the Covid vaccine. This follows a recommendation by the Joint Committee on Vaccination which stated that those eligible, approximately 500,000 children, should be offered vaccination. The low-dose version, approved by the UK drugs regulator, is available to children diagnosed with long-term conditions and those with learning disabilities. Currently the vaccine is only available to eligible children and there is no recommendation for the vaccination of all five to eleven year olds.

New targeted support is to be provided for young people who are most at risk of serious violence or gang exploitation. The DFE has announced this will form part of a rollout of ten Support, Attend, Fulfil, Exceed (SAFE) taskforces in identified hotspot areas. The £30M SAFE taskforce programme is a three year initiative and will be led by schools in areas where incidents of serious youth violence are highest. Targeted intervention will enable support for vulnerable young people, help them to avoid them becoming involved in criminal activity including county lines whilst staying engaged with their education.

HM Government has launched a new advice and support site to help keep children safe from sexual abuse. The Stop abuse together site includes advice for parents and carers together with useful signposts to sources of further support for children, adults and professionals.

Killings raise serious questions about safeguarding practice during the pandemic

Concerns have been raised by the Care Review Watch Alliance (CRWA) following the verdicts in the separate cases of Arthur Labinjo-Hughes, the six-year-old from Solihull murdered by his stepmother and Star Hobson, the sixteen month-old from Keighley who was murdered by her mother's girlfriend.

Alliance members, made up of academics and care professionals, have highlighted the immense pressure that growing demands for services are placing on Local Authorities and partner agencies delivering child protection services in England.

Despite visits during the first lockdown when resources were stretched and a visit two months before Arthur's death, social workers concluded there were 'no safeguarding concerns'. However, the court case revealed the true horror of the six-year-old's life. Arthur was the subject of ongoing torture by his father Thomas Hughes and stepmother Emma Tustin, which included poisoning by being force fed meals laced with salt. Prior to the final assault which led to Arthur suffering fatal head injuries, his stepmother sent a text message to Arthur's father encouraging the killing.

Tustin was unanimously convicted of the murder of Arthur and jailed for life in December. Hughes was found guilty of manslaughter after his son suffered an 'unsurvivable brain injury' and was sentenced to 21 years in prison. However, the sentences have been referred to the Court of Appeal for being too lenient.

16-month-old Star Hobson died in 2020 after months of 'neglect, cruelty and injury' by her mother, Frankie Smith, and Smith's partner, Savannah Brockhill. Six referrals were made about Star's wellbeing over an eight month period, with social workers visiting the home four times but closing the case on three occasions. On one occasion, police visited and Star was medically examined at a hospital. The toddler endured a campaign of physical and psychological abuse and finally bled to death on 22 September 2020 after suffering 'catastrophic' injuries at the hands of Brockhill, her mother's 'violent-tempered' girlfriend.

Smith was jailed for eight years for causing or allowing Star's death, and Brockhill was convicted of murder and sentenced to at least 25 years in jail. However, the attorney general has said Smith's sentence is both 'too low' and 'unduly lenient', referring the sentence to the Court of Appeal.

Reflecting on the tragic deaths, the CRWA stated:

'Local authority children and families services have had no choice but to develop thresholds and ways to assess evidence that allows them to direct stretched resources toward those most obviously evidencing the greatest need. While we do not know at this point, it should be explored whether this may have been a factor.'

Commenting on the case of Arthur Labinjo-Hughes, former West Midlands police and crime commissioner David Jamieson, commissioner at the time of Arthur's death, described more children being 'at risk' after a 'lethal cocktail' of officer shortages and pandemic which 'allowed neglect to happen'. Jamieson stated:

'Equally, the local council in Solihull and other parts of the West Midlands were being forced to work with fewer resources, fewer social workers and huge caseloads, and I think that together with when the pandemic came along we have seen that as a lethal cocktail if you like, that has allowed neglect to happen.'

A national investigation into Arthur's death led by the National Child Safeguarding Practice Review Panel is to be conducted, together with an urgent joint targeted area inspection of social care, health, police and probation service in Solihull to check multi-agency safeguarding arrangements.

Commenting on the case of Star Hobson, the Chair of The Bradford Partnership Jane Booth said:

'Many people will be aware that a considerable amount of detailed evidence emerged during the murder trial. Not all this evidence was available to the independent author of the review.'

She confirmed that the national Child Safeguarding Practice Review Panel had 'agreed that this mass of evidence needs to be looked at in great depth to make sure the review's recommendations are as robust as they can be so that learning for all agencies is captured'.

A survey of 2,000 British Association of Social Workers members found that three-quarters 'strongly agreed' their experience of working under lockdown restrictions had increased their concerns about the capacity to safeguard children.

Under the latest HM Government spending review, additional funding has been allocated to enable Ofsted to inspect all schools and further education providers by Ofsted by summer 2025. The funding, in addition to the £23.85 million Ofsted annual spend, has been allocated to provide a quicker assessment of how well education is recovering from the Covid-19 pandemic.

Recognising that educational settings have worked tirelessly to teach and support learners at a time when their education has been seriously disrupted, Her Majesty's Chief Inspector Amanda Spielman welcomed the additional funding stating:

"Children only get one chance at school. Everyone working in education must do everything they can to give this generation the best possible chance to fulfil its potential. Ofsted will play its part - by giving parents and learners up to date information, and by helping schools and colleges shape their plans. I'm pleased that we will now be able to reach all schools, colleges and apprenticeship providers by summer 2025."

Ofsted's schools and further education and skills inspection handbooks will be updated to reflect inspection arrangements. 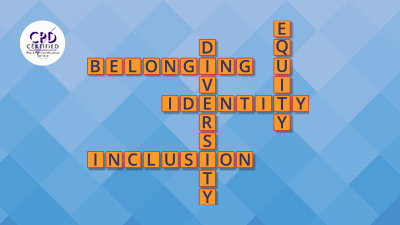 Equality, Diversity & Inclusion in the workplace 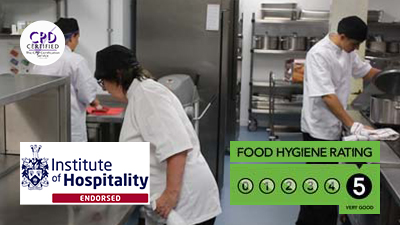